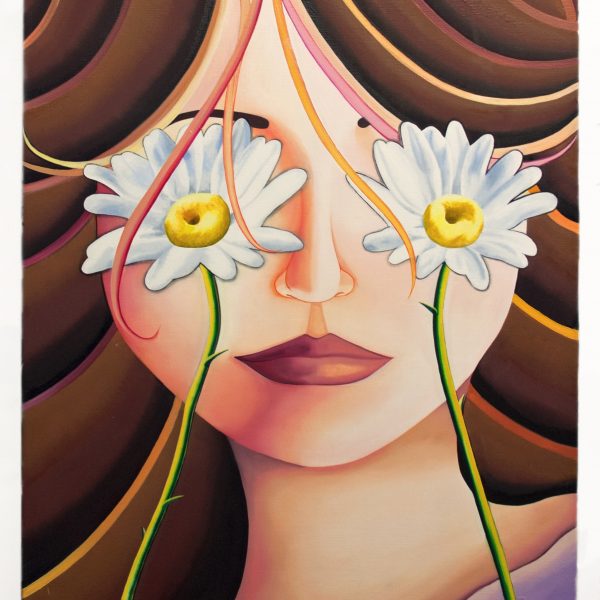 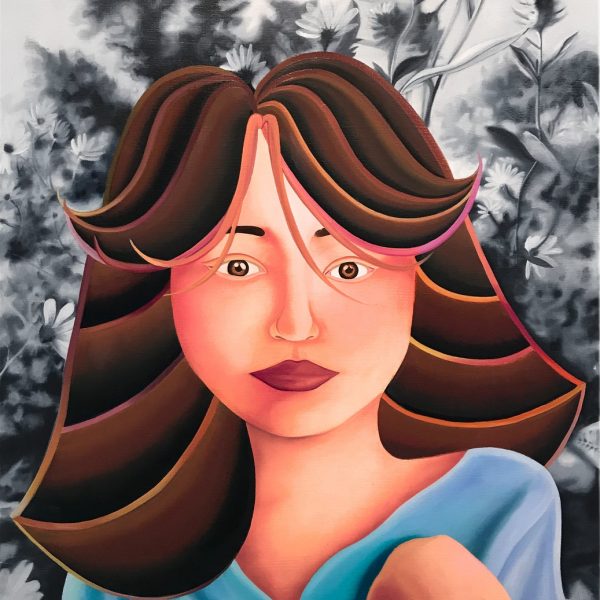 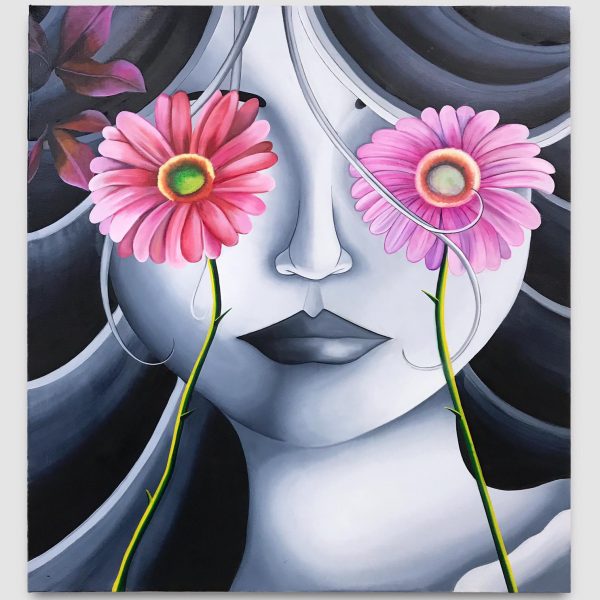 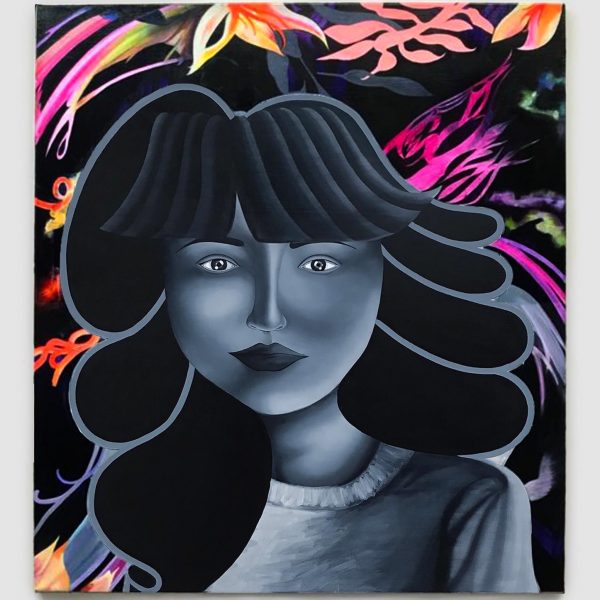 Marcela Florido investigates the stereotypes of her culture, fusing them with notions of identity and memory. Her canvases are mostly occupied by a young and charming female portrait, marked by vivid colours wich convey a feeling of joy and happiness. Her birthplace, Brazil, is suggested by the tones, but also by the flowers and landscapes on the background. Nevertheless, looking deeper into her works, this reference can be seen as a critic of the cliché of Brazilian culture and how the rest of the world consider it.