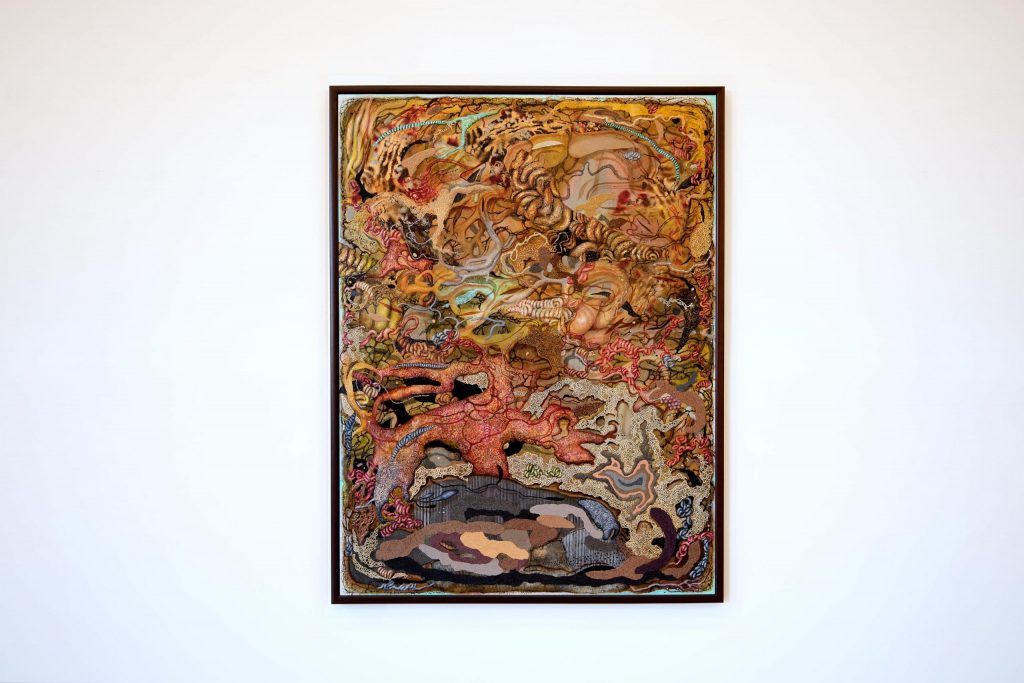 MONTI8 is glad to annonce Hideaway, first show of 2021 which features the works of Radu Oreian, James Collins and Ludvig Helin. The exhibition revolves around different ways of describing nature, investigated by the three artists in very different ways. Through the use of textures and surfaces which remind natural paths, the show presents a sort of big map and natural route. This relationship with nature lets the artists explore several themes connected to cultures, traditions or identity, memory and historical events.

In Radu Oreian‘s works, for instance, the painter is mostly inspired by literature, ancient legends and mythologies, making coexist his referencies with a contemporary language. His paintings are so rich in details and layers and testifie his careful technique, which he uses to reinvent the miniature tradition merged with his own personal language. The viewer is invited to look at his painting as an intricate map where it’s impossible to think of a specific place.

James Collins moves between painting and sculpture. His works are all made overlapping different layers of oil, creating a textured and rough surface. Dark and intense, the paintings recall concrete roads or, even more, the muddy soil of some forests. As these grounds, his works are marked by -apparently fortuitous – signs, similar to furrows and natural patterns. The artist draws complex compositions on the canvas, which can be seen as a map or as incomprehensible symbols. Nevertheless, Collins’s works are also characterized by a geometric order and a controlled pictorial gesture, which create a tension between this order and the wild side of nature he draws from.

The abstract paintings of Ludvig Helin are imbued with the atmosphere of the nothern landscapes. His dense and soft brushstrokes build wild and romantic scenes, which evoke a sense of silence and mysthery. In Helin’s practice nature is the only subject: his landscapes are both monumental and intimate and instill in the spectator a feeling of peace and quiet, as well as loneliness and wonder. Ranging from bright and vivid colours to darker tones, from lights to shades, his charming scenaries seem to offer a place to meditate and, at the same time, they reveal the failure of the human dominance over nature. The title Hideaway can be read in so many ways. For example, it can refers to the visual aspects of some works, which look like intricate paths which hide something. Moreover, “hideaway” could also refer to nature as a place to seek refuge.” 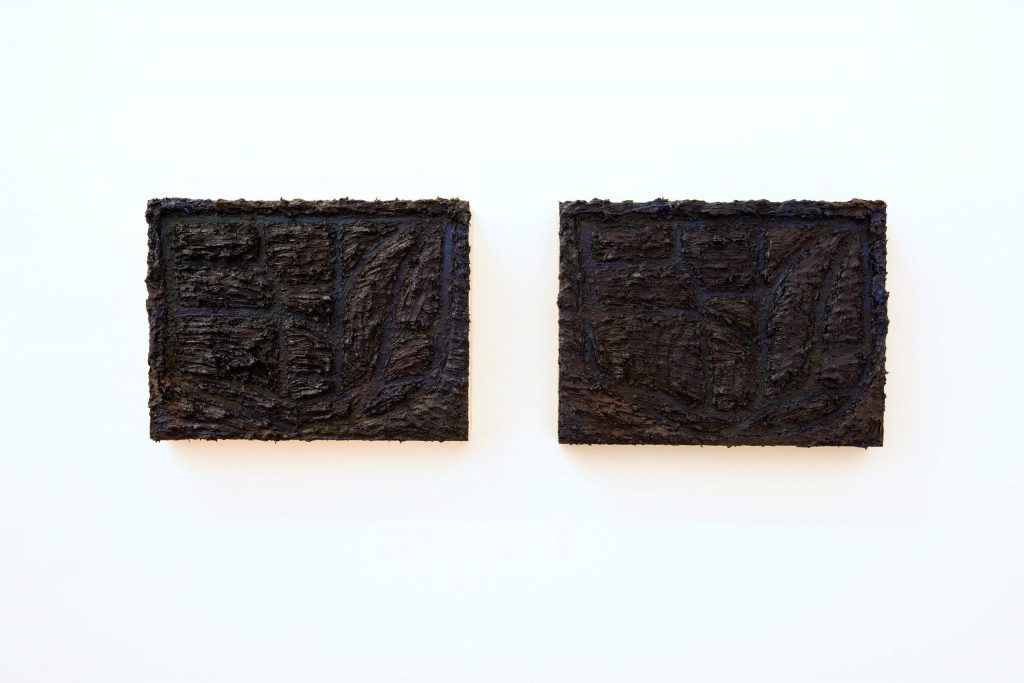 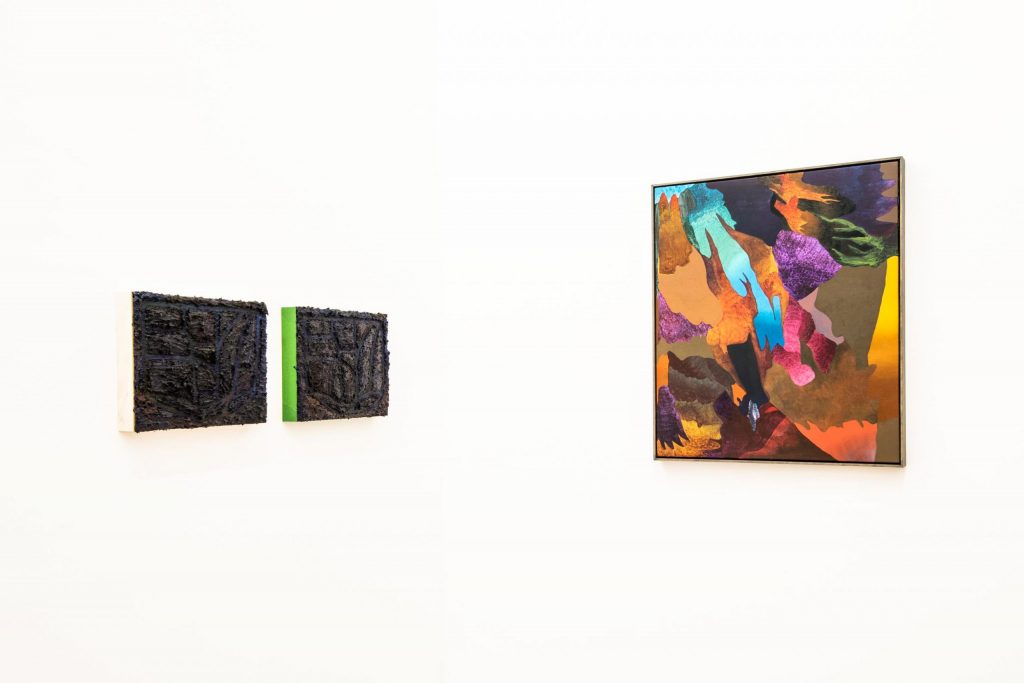 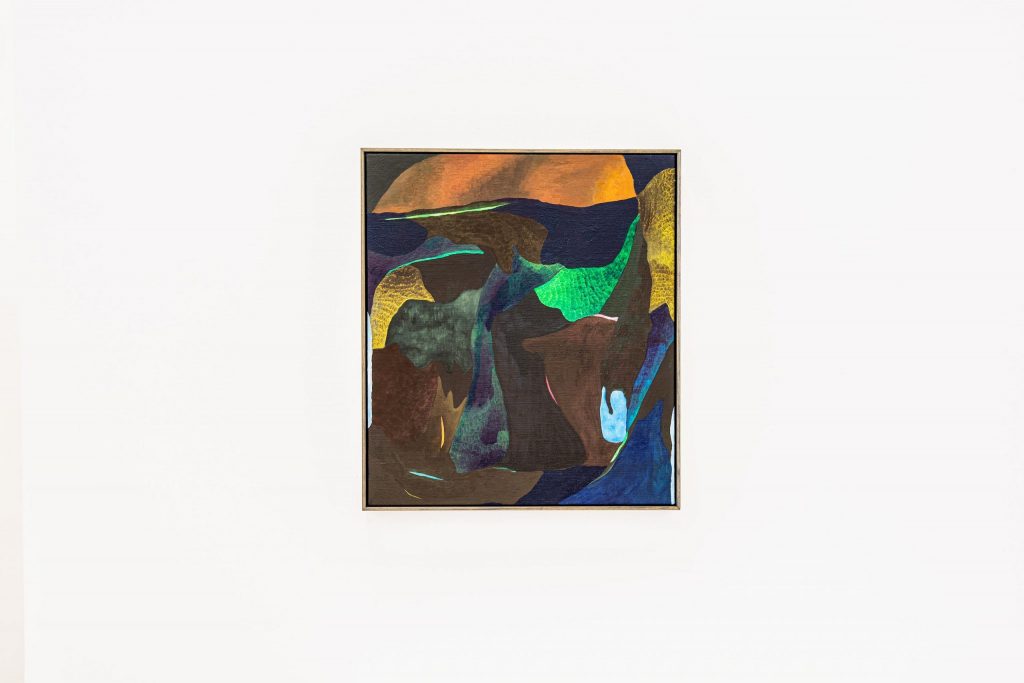 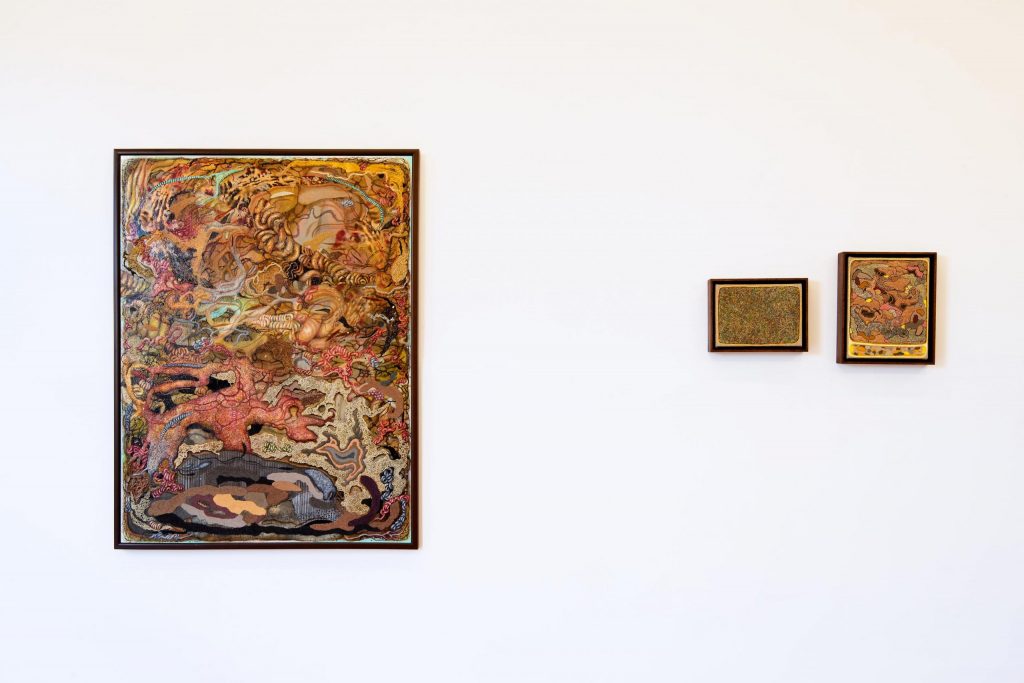 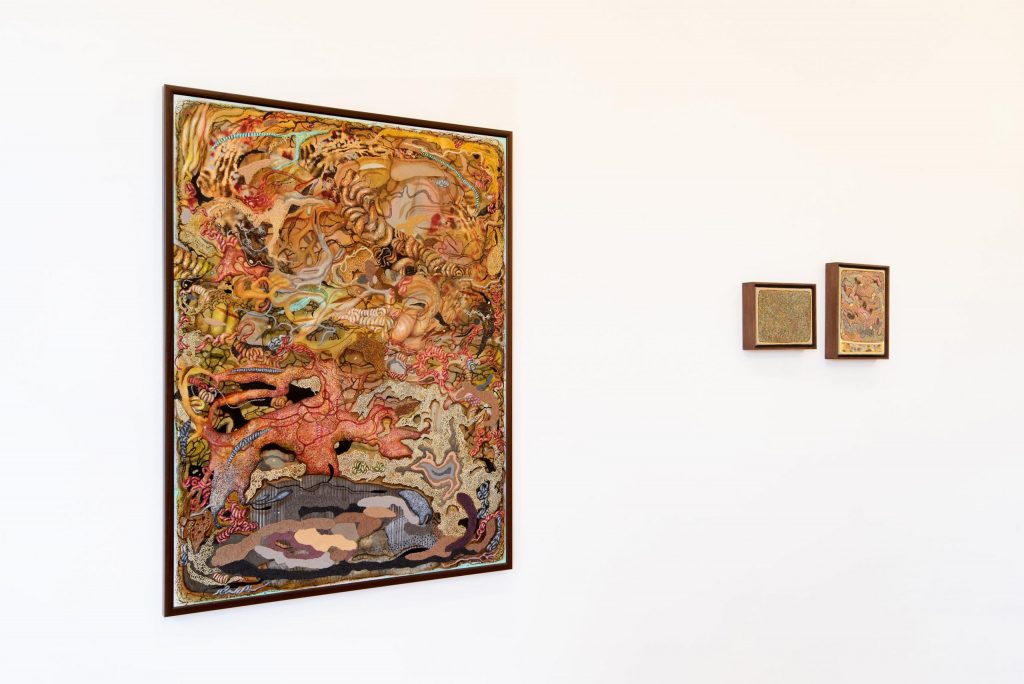 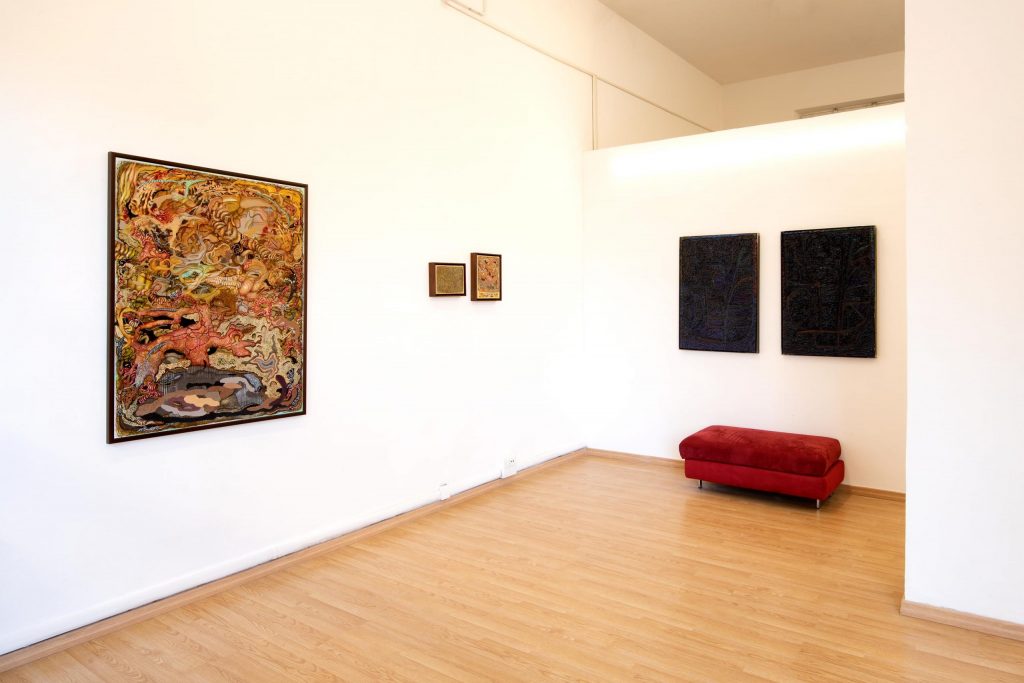 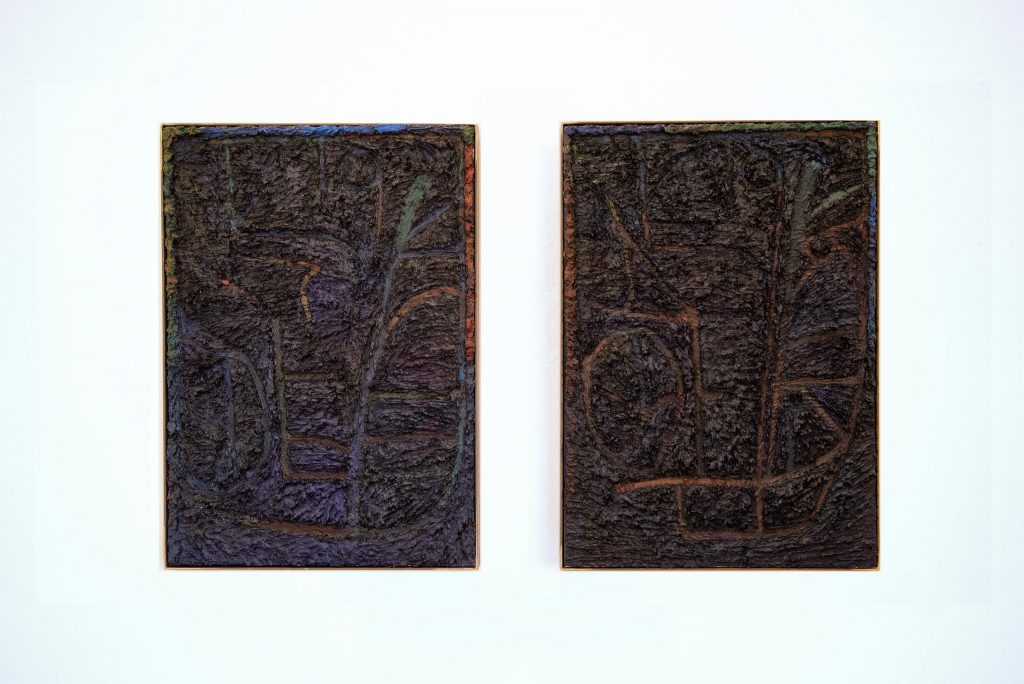 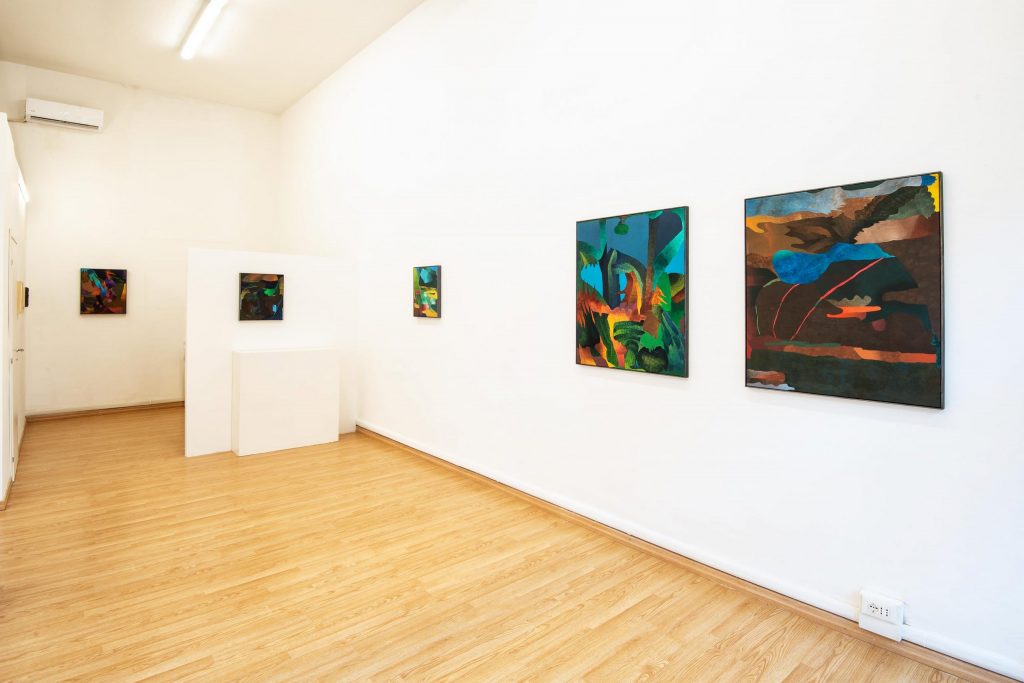 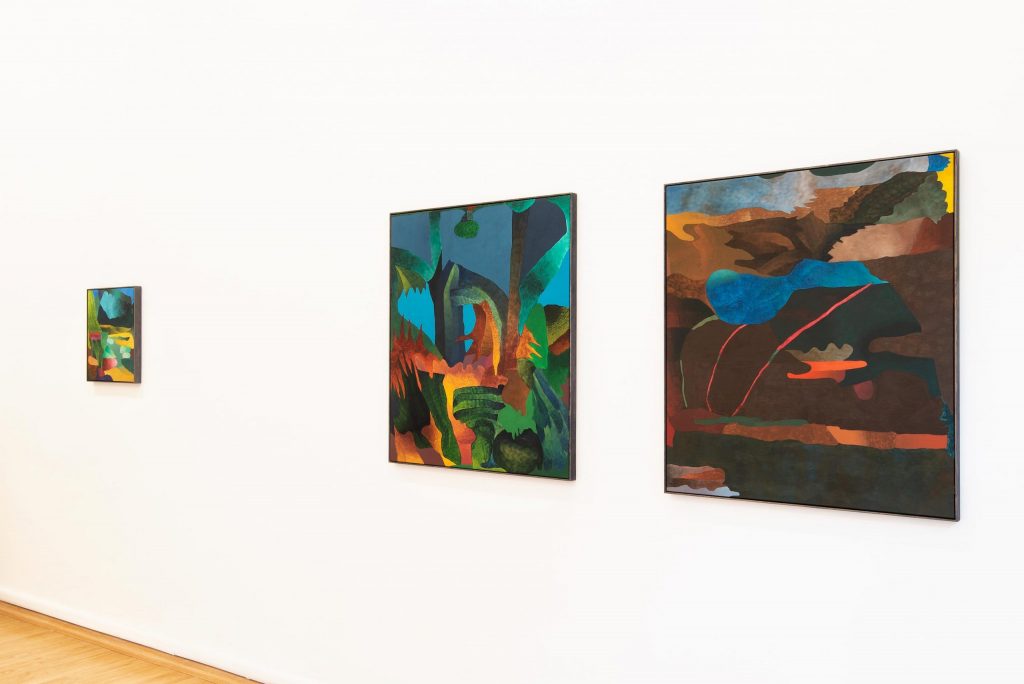 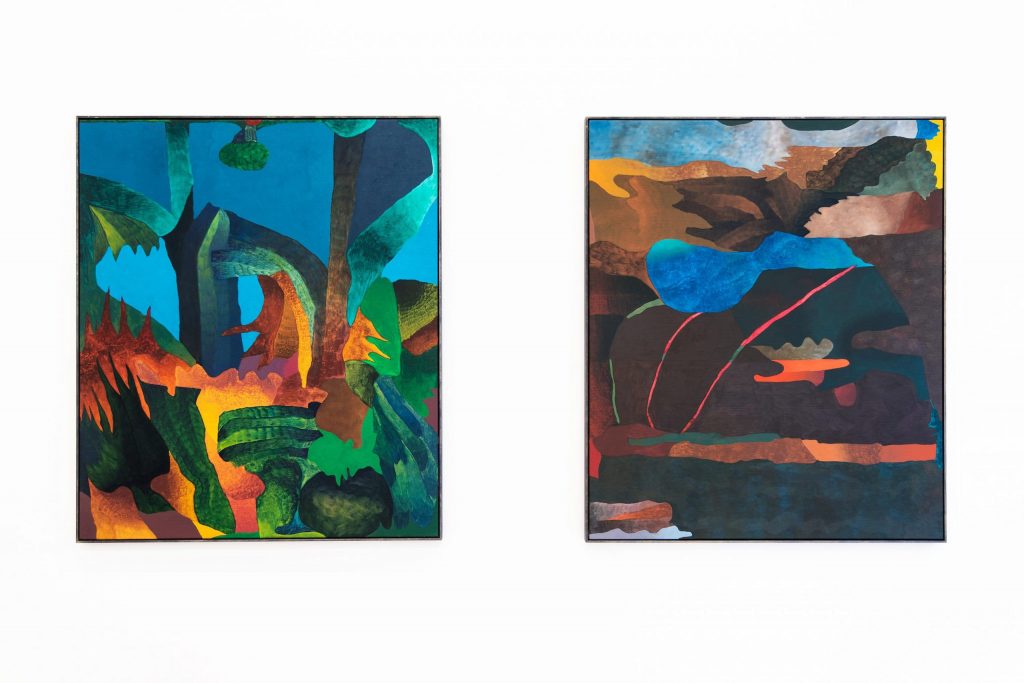 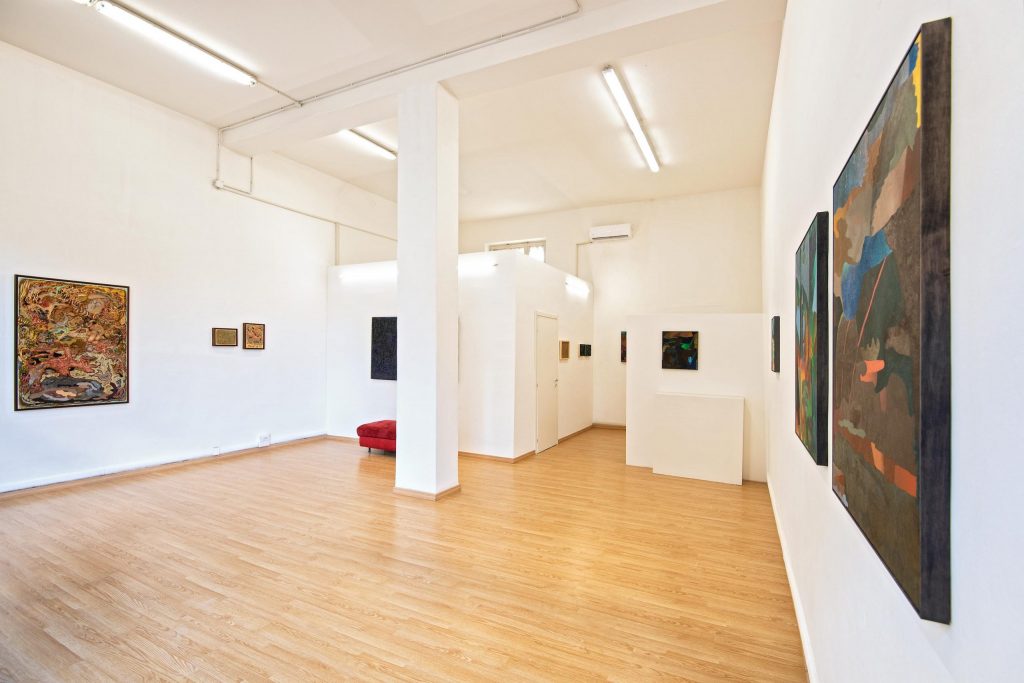 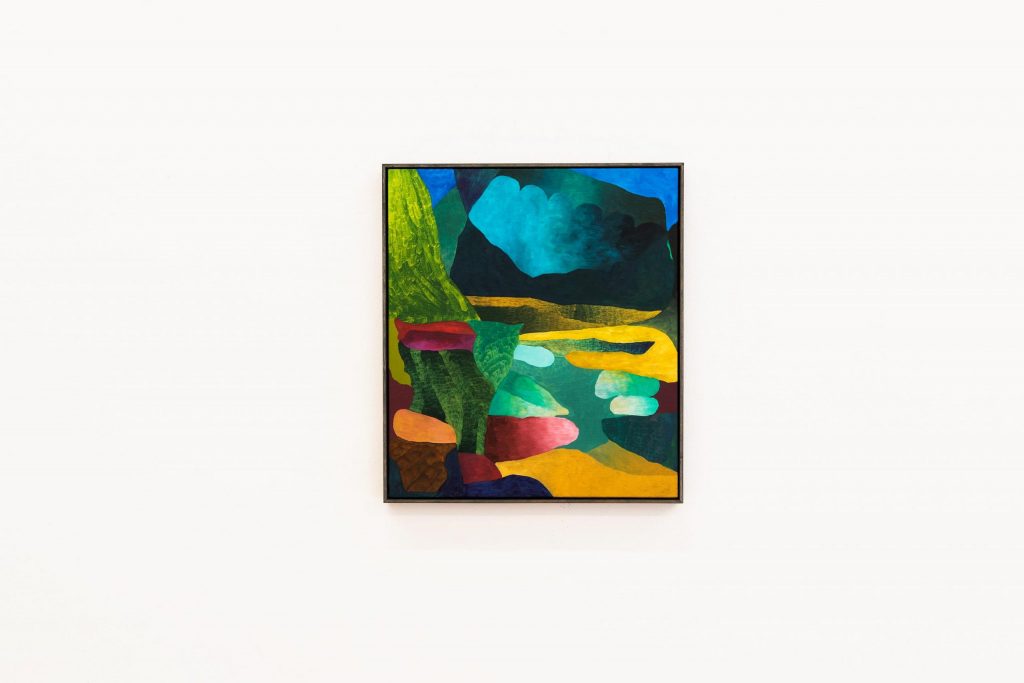 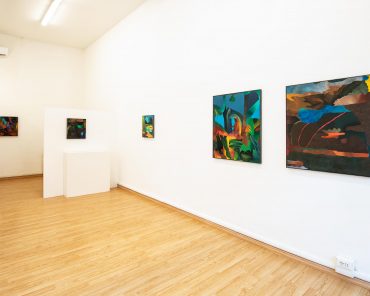 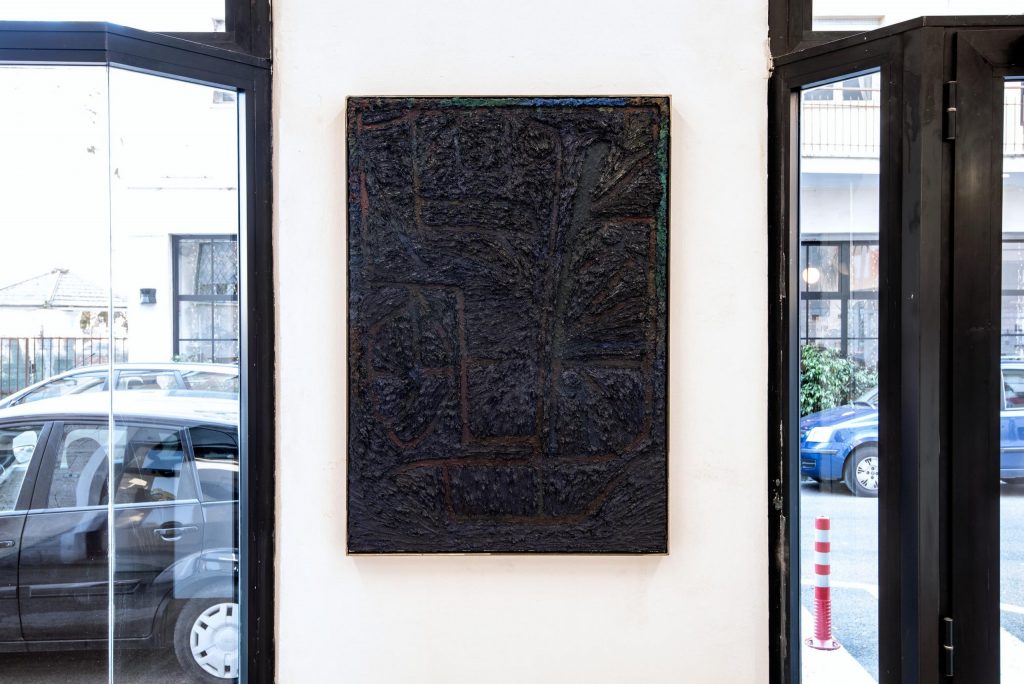 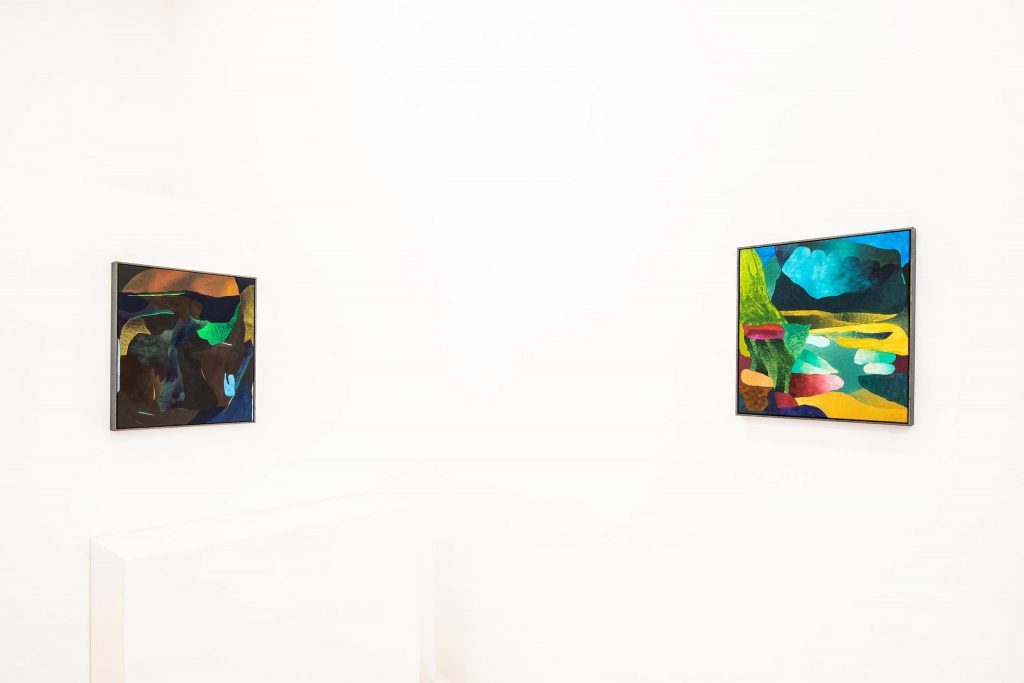 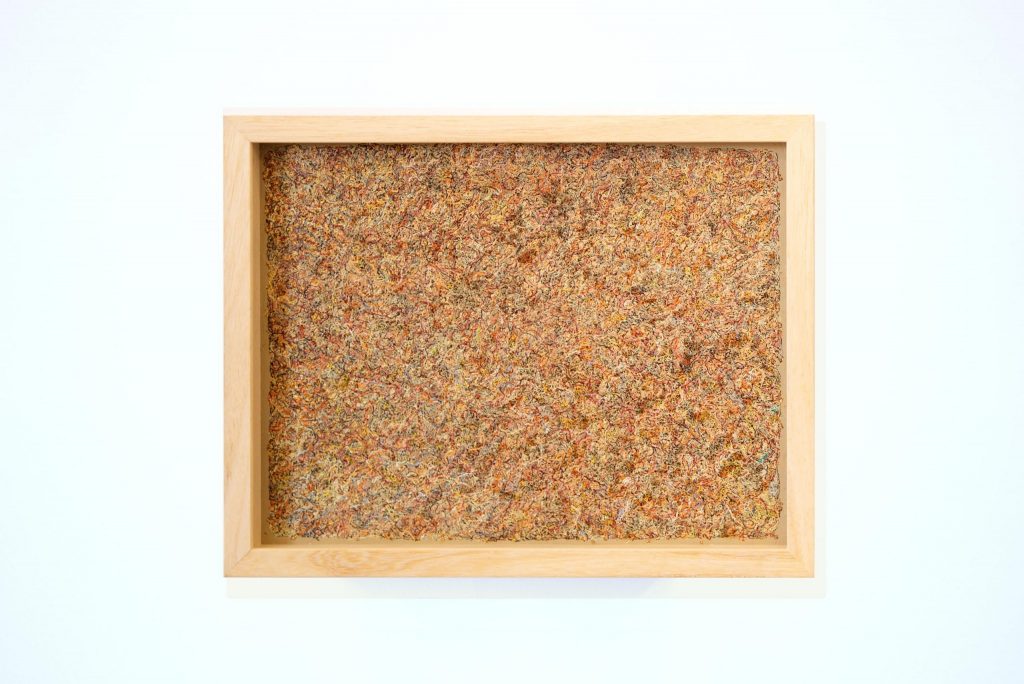 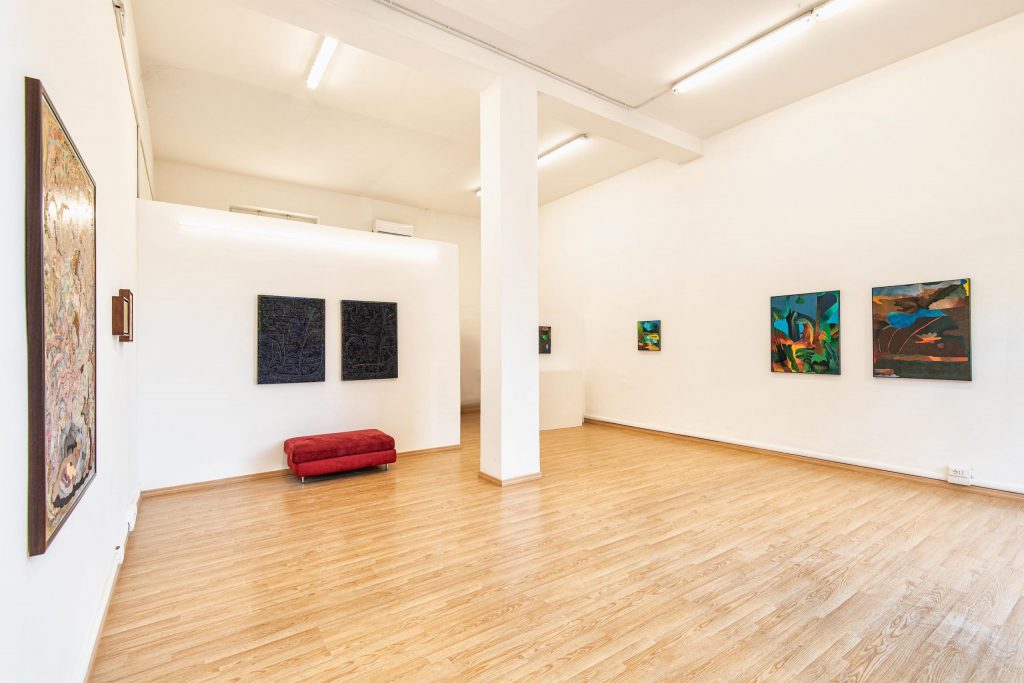