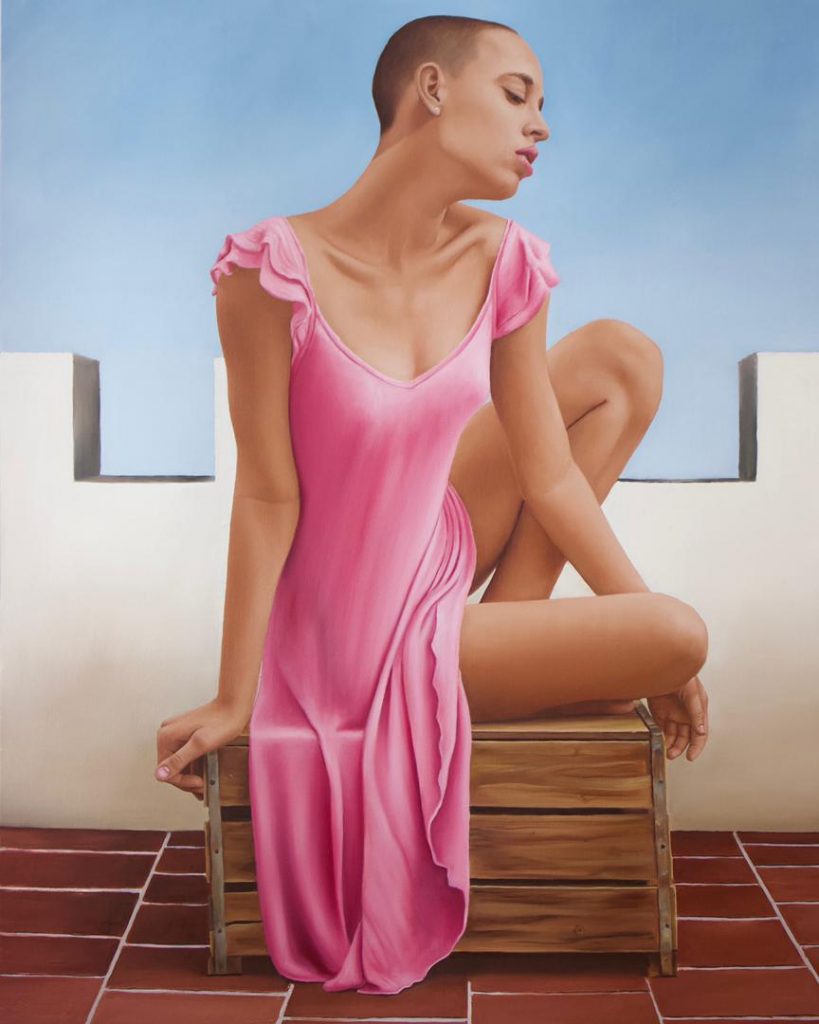 Let Me In  is a show about isolation and solitude. The painting are portraits of young artists in isolation during this past year in Havana Cuba. Each paining is a unique world in which each subject is immersed in. Engaged in their own mind, the isolation brings forth deep thoughts about life and existence. The year and a half long quarantine of Havana and the entire world has its effects on everyone’s mental health, that is not always accounted for in the impact of The pandemic. “The Pianist” dives deep into the dark and religious depths of the subject, using chiaroscuro and other renaissance techniques to dim the light of the painting, while the religious image shines through. In “Roberto”, the classical colonial tiles of Havana are the backdrop of the painting as the subject turns away from the audience. In “Any Place but here”, the figure is sitting on a wooden box symbolizing the empty crates of food at a Havana market, representing the lack of food in Cuba. The girl sitting on the wooden crate in an isolated floor also represents a wooden boat which is the means of escaping the island by any means necessary. The background colors of red white and blue are also symbols of the Cuban flag. Her face is in agony as she hopes for something better. “Prayer” is a painting of hope, that things will get better in Cuba and the rest of the world. The bracelets on her wrists are representative of the Cuban Yoruba religion, more specifically the goddess Oshun.